For the second consecutive year, the PONYS organized a Scientific Speed Dating (SSD) in Naples main square, Piazza del Plebiscito. The event was organized together with the Physics Department of Federico II University and the Institute of Applied Sciences and Intelligent Systems of the Italian National Research Council (CNR-ISASI), in the framework of Futuro Remoto science festival.
A speed dating is a standard match-making process of dating system whose purpose is to encourage people to meet a large number of new people. And what if you are looking for science rather than love? A scientific speed dating brings together common people and scientists. Seated on the stage together, they rotated to meet each other over a series of short “dates” of 10 minutes. At the end of each interval, a bell ringing indicated the participants to move on to the next date. In 10 minutes, people could ask scientists whatever they wanted: what the infinite is, what happens to my body when I hug someone, are we alone in the universe, or even what is the scientist job about. Like one year ago, the SSD seems to be a nice way to connect Science and Society, to break down the wall of “I can’t understand it” that many believe they have towards science.
The PONYS would like to thank Fulvio Caruso, official presenter of SSD 2016, Roberta Caruso and Antigone Marino, who took care of the SSD organization, and all the scientists that made this possible: Simona Mosca, Claudia Tortiglione, Angela Tino, Luca Lista, Giovanni Covone, Giuliana Galati, Ciro Riccio, Tristano Di Girolamo, Domenico D’Alelio and Emanuela Dattolo and of course their institutions. 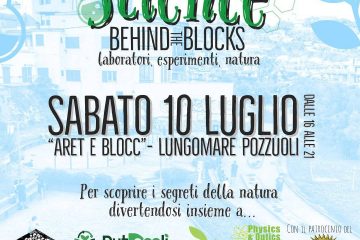 On Friday September 30th the PONYS took part to the European Researcher’s Night in the city of L’Aquila, organized and financed by Sharper and INFN. PONYS decided to join this event not only for its scientific Leggi tutto…

Our group organized a competition for high school students, who were asked to realize a short video showing an experiment about any field of physics. Many schools took part to this activity, here are the Leggi tutto…